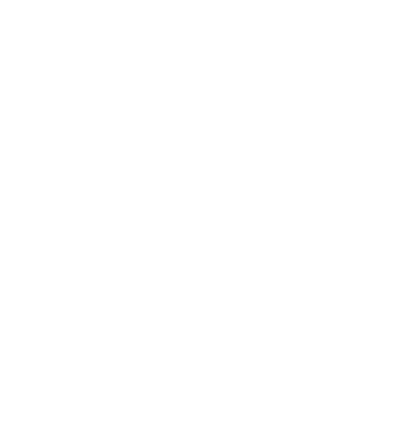 We are a growing FAMILY

How did “One church, Two locations” come about?

Pastor Bill has been a spiritual son of Bishop Joseph Garlington for over 15 years. This included being sent out from Covenant Church of Pittsburgh to found Oasis City Church in Westerville, Ohio. Oasis City Church has become a thriving local church body impacting Central Ohio and providing a platform for Pastor Bill’s growing apostolic influence nationally and internationally. Bishop Garlington has been praying for a successor to lead CCOP into the future. Numerous prophecies have been given to both Bill and Bishop as well as both Oasis City Church and Covenant Church of Pittsburgh that have pointed to this as God’s plan. Multiple advisors have been included for wisdom and guidance over the past year who have also affirmed this.

Why are we pursuing this?

Oasis City Church is an apostolic church existing to build and expand the Kingdom of God. Our vision is for a multiplicity of locations - whether planting or adopting - as the Lord leads. Because of our Founders’ (Bill & Lynne, Adam & Tara) history with Covenant Church of Pittsburgh, we believe this is part of God’s plan.

What are the benefits of this?

Multiplication is a biblical imperative. We are multiplying. We are becoming one church in two locations. Our family is growing and God’s Kingdom is expanding in two churches, two cities, and two states under a unified apostolic vision.

How often will Pastor Bill preach?

Pastor Bill will share his time and the pulpit between these two locations.

How does this affect the Oasis City Church Staff?

Pastor Bill will remain the Senior Pastor of Oasis City Church. The OC staff will continue to operate as a team. Pastor Adam will assume more local responsibilities to care for the staff and congregation. Our team is mature and highly gifted. Our staff Executive Team which consists of Bill, Lynne, Adam, Tara, and Sharon will continue to focus on OC local pastoral oversight and ministry matters. Pastor Adam will lead the staff in efforts to implement plans and vision.

How does this affect the Elder of Oasis City Church?

The OC Elders are being organized and equipped to fulfill many of the pastoral needs of the congregation. Both Pastor Bill and Pastor Adam will share responsibilities in equipping the Elders to share in the work of the ministry and caring for the church.

How will the budget and finances be managed?

Both churches will maintain their current structure regarding finances. As we continue to move towards the model of “one church, two locations” we will take the appropriate measures of accountability and financial management to maintain and achieve financial integrity. The Board of Directors for each church oversees this process.

What will this cost?

Both churches have budgets to manage this plan. They will share in any responsibilities to maintain staff and ministry expenses. Neither church is assuming undue liabilities. Both campuses will continue managing their own operations cost, missions goals, and financial integrity within their own congregations.

Actually, most things week-to-week will not change dramatically. Except for Pastor Bill’s preaching schedule, some will only see that the change will feel more like an expansion of our family. Both churches will realize that they have family in neighboring states and cities. We will be moving towards the vision of “one church, two locations” and celebrate this expansion. Both churches will be blessed by one another’s resources and strengths.

What is the timeline for this?

Pastor Bill will become the Senior Pastor of CCOP on April 1st. The process of sharing time between the two cities will officially begin then. The overarching goal of “one church, two locations” will take time and be implemented over the course of 2021 and even into 2022.

Why is Bishop stepping away now?

Bishop Garlington has had a renown ministry to the nations for over 45 years. At the age of 82, it is timely for him to assign the leadership of CCOP to one of his spiritual sons. He will remain as a guiding hand at the leadership level and continue ministering as schedule and opportunity and energy allow.

Since Pastor Bill will be traveling back and forth, is there a plan to raise up local leadership in Pittsburgh?

Yes! The goal for both churches is to have local pastoral leadership to cover the congregations. Pastor Bill’s plan is to raise up and strengthen the pastoral teams. Oasis City Church is blessed to already have Pastor Adam in high level leadership. Covenant Church of Pittsburgh has long standing pastoral teams as well and Pastor Bill’s desire is to appoint specific leadership there. This may take some time to reorganize and rebuild, and we trust God to guide this process.

Is Covenant Church Of Pittsburgh changing its name?

Not at this time. Covenant Church Of Pittsburgh has a rich 40 year history with significant name recognition that will be important through the initial transition period. We are moving towards “one church, two locations” and are open to what God has in mind in the future.

How is Bill becoming the Senior Pastor at Covenant Church of Pittsburgh part of his apostolic calling?

Apostles build. Apostles send. Apostles are spiritual fathers. They are uniquely gifted at awakening people to discover who they are and helping them reach their potential. They build hubs and systems that are centers for God’s presence and extending the Kingdom both inside and outside of the church. As Oasis City Church expands, Bill’s apostolic influence will increase accordingly to cover multiple locations.

What does this mean for Restore Ministry?

Restore Ministry will still remain strong. Pastor Lynne will help to establish Restore Ministry at CCOP as well. CCOP already has some inner-healing ministries that will integrate well into a consistent ministry model for both locations. This will be something we look at for CCOP in 2022 and beyond.

What is Bishop Garlington's role at CCOP and OC?

Will there be a formal installation?

Yes! The official installation will take place during Presence Conference, June 2021 at Covenant Church of Pittsburgh.

The Oasis City Church Board of Directors is excited about the expansion opportunity that we’re calling “Growing Family.” This union will empower a dynamic extension of the Kingdom here in Central Ohio and in Southwestern Pennsylvania. Through months of vision-casting, prayer, confirming prophetic words, and discerning discussions between key leadership in both churches, we are blessed to announce the pursuit of becoming one church with two locations –Oasis City Church and Covenant Church of Pittsburgh.

Pastor Bill Themelaras, a spiritual son of Covenant Church, has served as visionary church planter and, since its founding in 2012, the Lead Pastor of Oasis City. As part of the joining of ministries, Pastor Bill will expand his sphere of responsibilities to include the oversight as Senior Pastor of Covenant Church as of April 1, 2021.

We believe this transition will serve as a catalyst for greater ministry from and for both communities as this is in full agreement with the Apostolic calling on Pastor Bill’s life. Moreover, it is a realization of the oft-prophesied extending of the ministry, favor, and influence of Oasis City Church. Pastor Bill, along with his wife, Pastor Lynne, will share time in both cities to extend apostolic leadership and pastoral insights focused on building strong local pastoral care. This will call both churches to a new season of raising up and empowering local leadership to greater levels of anointing and responsibility. Most things week-to-week will not change dramatically. Except for Pastor Bill’s preaching schedule, some will only see that the change will feel more like an expansion of our family. Both churches will be blessed by one another’s resources and strengths.

We, the Board of Directors of Oasis City Church, extend our hearts and hands to this effort to see the Kingdom magnified in this unifying way. “Growing Family” captures the vision for God’s expansion plans as we continue to follow the leading of Holy Spirit, ever forward!